Cutting Plays for Performance began as an argument between the authors over what, exactly, one might acceptably cut from Richard III.

The argument happened to be at a planning meeting for the Kennedy Center American College Theater Festival, Region 2. Our amused colleagues suggested that we should do a workshop at the festival on cutting Shakespeare's plays.

The workshop, in the winter of 2018, was a great deal of fun for all involved. At the end, one participant asked if we could recommend any books on cutting plays. We didn't know of any.

After further research, we learned that no such book existed. Nearly everyone who directs public-domain plays cuts them in some fashion (for plays of certain periods, one might reasonably argue that no such thing as a "complete" text exists). No comprehensive guide to cutting existed, and nobody we spoke with had received any formal instruction in the process.

We began writing in the fall of 2020. A pandemic turned out to be the perfect time to write a book; not only were we not in rehearsal, but neither were the many people we hoped to use as resources.

A true delight of the process was getting to interview many luminaries of the field, including James Shapiro, Tim Carroll, Martine Kei Greene-Rogers, Ralph Alan Cohen, Lue Douthit, and countless others. We hope you will enjoy their insights as much as we did. 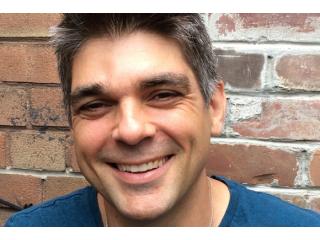 He has worked as a theatre artist in Australia (Australian Shakespeare Company, Hole in the Wall Theatre), Canada (Stratford Festival, Shaw Festival, Soulpepper, Canadian Stage), the United Kingdom (Poorboy Theatre Glasgow), and the United States (Pittsburgh Public Theater, Arizona Theatre Company), and currently serves as Assistant Professor of Dramaturgy, Theatre History, and Criticism in the Theatre Department at the State University of New York at Oswego.

On top of his academic work, Toby works as a partner in both the subTEXT Solutions Dramaturgy Group and with the groundbreaking Entertainment Engineering Collective.

Aili Huber has been directing for over 20 years. She holds a BA from Hiram College and an MFA from Mary Baldwin College/American Shakespeare Center.

She is an associate member of the Stage Directors and Choreographers Society and the Shakespeare Theater Association, and a Tier 3 member of Directors Gathering. She is certified in Mental Health First Aid.

When she’s not in a theater, Aili works as a freelance software developer. You can see more of her work at ailihuber.com